Rotating the image of a molecular structure viewed on the computer screen can be easily achieved with a matrix. In two dimensions, the rotation can be defined as moving the co- ordinates of the molecule about an axis perpendicular to the plane of the page (x-y plane) by \(\theta\) radians, relative to the original axes as shown in Figure 29. Alternatively, the axes themselves can be rotated.

The atom \(a\), on the benzene molecule is shown at \((x_1, y_1)\) relative to the initial axes labelled \(x\) and \(y\), but in the new axes (labelled \(x_R\) and \(y_R\)) it is moved to coordinate \((x_{R1}, y_{R1})\) by rotating the axes anticlockwise by \(\theta\). From the viewpoint of the new axes, seen by rotating them anticlockwise so that axis \(x_{R1}\) appears horizontal, the molecule appears to have rotated clockwise by \(\theta\) so that atoms \(a\) and \(b\) now appear to be horizontal. Alternatively, the axes can be fixed and the molecule rotated clockwise about the origin of the axes, as in the right-hand figure, which seems more natural.

Using Sympy the rotation matrix is

Note that the vector is rotated about zero not the first coordinate \(a\). To rotate about \(a\) the vector must be changed to \([0,b-a]\) and then \(a\) added back to the resulting rotated vector. 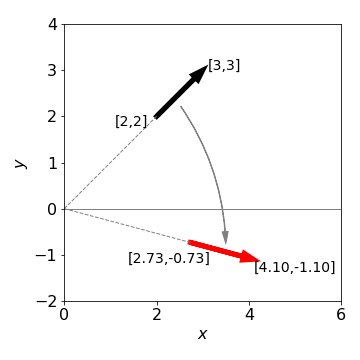 To rotate in three directions, three \(3 \times 3\) matrices are needed because rotation about each axis can be performed separately. By multiplication we can combine these into a single matrix, but the elements are complicated and it is easier to use them separately as each has the simple sine/cosine pattern similar to equation 11. Next, the axes and rotation angles have to be defined; however, different authors use different labelling systems therefore when doing three-dimensional rotations it is important to notice how the axes are defined. It does not matter which labelling you use as long as you are consistent and know what they are. We use the Euler angles defined in the same manner as Goldstein (1980), the first rotation is anticlockwise looking down the z-axis, the next two rotations are anti-clockwise about the new axes B then C that are formed as shown in Figure 31. The original axes are indicated in the figure.

The first rotation is around the axis \(A\) though angle \(\varphi\). The matrix is 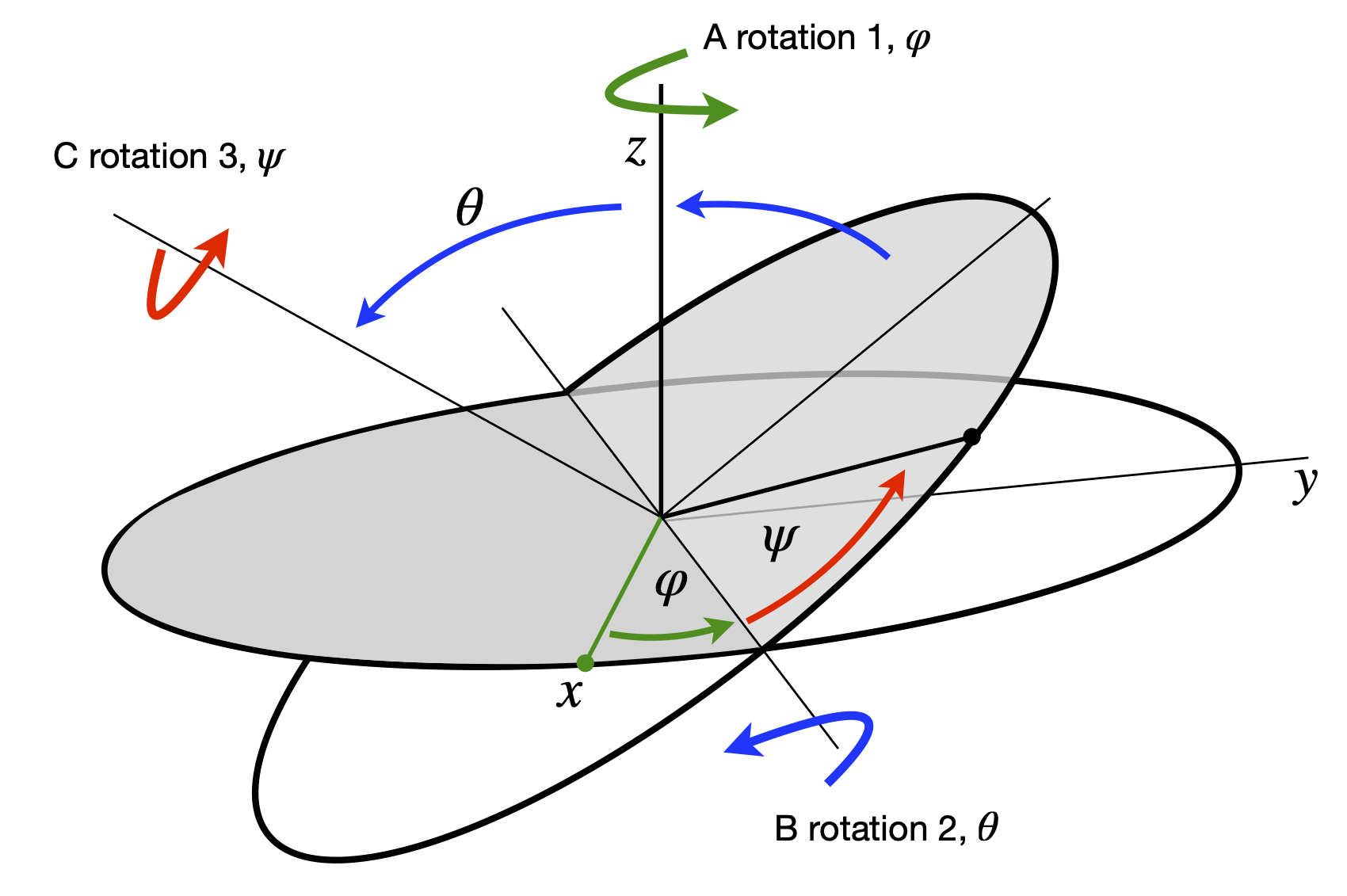 Figure 31. Ordering of rotations. (Figure based on Goldstein 1980, chapter 4)

The final rotation by angle \(\psi\) is about the axis labelled \(C\), giving

and the full rotation matrix is the triple multiplication \(\pmb{R} = \pmb{ABC}\).

and this is just about all you need to know about rotating molecules!

An algorithm in Python using rotation matrices to rotate a molecules image starts by defining the coordinates, in this example of ethanol. These coordinates are

The input to the procedure must have the three rotation angles and the coordinates of the molecule. A graph of the molecule will be plotted in the usual chemical way after rotation. The labelled structure is shown in Figure 32.

Figure 32 Ethanol, with H atoms replaced by their labels.

If a molecule is plotted only as points showing where the atoms are, it will usually be impossible to decide what its structure is; therefore bonds must be drawn, and this means joining up the atoms in a sensible way with lines. A ‘connectivity’ list showing which atoms are joined to which has to be made, and this might be done automatically by examining the distances between atoms and deciding which atoms are connected to which depending upon their separation. Ethanol is sufficiently small that the list of atoms and lines between them can be made directly so that the ‘pen’ is not lifted from the ‘paper’ when drawing the structure. Clearly, this means going over the same bonds twice and back and forth between some atoms many times. There are several ways of doing this depending on where you start, but the list of atoms below will draw the molecule. Notice how some atoms have to be included more than once.

Another form of matrix ‘rotation’ is a coordinate transformation, and to do this the Jacobian, which was introduced in Chapter 4, can be used. In that chapter, it was used to simplify integrations by changing variables and a similar process can be followed when solving differential equations: it is often convenient to change from Cartesian coordinates to polar ones. For example, in two dimensions the Schroedinger equation for a particle on a ring, which is

is difficult to solve using Cartesian coordinates but easier in plane polar coordinates \(r, \theta\), see Chapter 10.5.9. Similarly the three - dimensional equation, such as is required to calculate the energy levels and wavefunctions for the H atom, is easier in spherical polar coordinates than in \(x, y\), and \(z\).

In plane polar coordinates there are only two derivatives, therefore the matrix equation is \(\pmb{P} = \pmb{JC}\) and if this acts on a function \(f\) then

where the Jacobian \(\pmb{J}\) is the square matrix. Calculating this gives

which gives the individual first derivatives as