Plotting this curve shows that it oscillates about the x-axis and therefore very many evaluations will be necessary as terms of opposite sign cancel out. Using the mean value method and \(15000\) points, produced a value of \(0.277 \pm 0.005\), which is fairly close to the more accurate estimate of \(0.2705\).

All the preliminary work is now done and making changes to the code in the text gives the result \(0.883 \pm 0.003\); a very similar result to the values obtained by using an exponential distribution illustrated in the text, also with \(5000\) samples. The shape of the function, as long as it generally has the same shape as the function, gives an improved variance compared to simple uniform sampling.

The origin of this behaviour would appear to lie in the fact that the function tends to infinity as \(x \to 0\). With an increasing number of samples, there are many \(x\) values close to zero and the large numbers these produce have a disproportionate effect on the integral relative to those at large \(x\), which contribute almost nothing. Importance sampling should correct this effect. 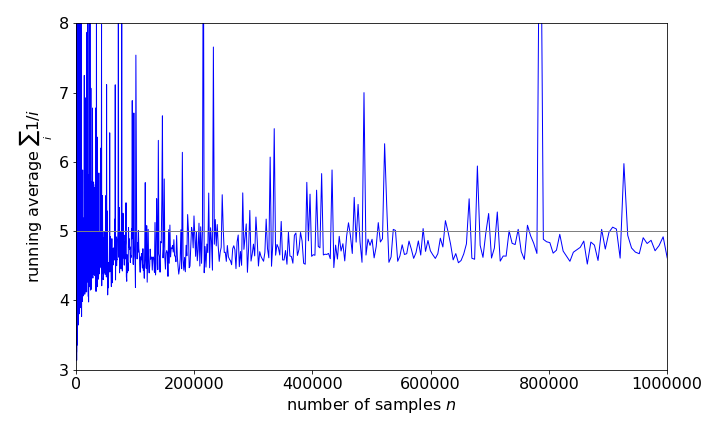 (c) The distribution function is \(p(x) = x^\lambda\) where \(\lambda\) has to be chosen to be between zero and \(\gamma\). This function is almost the same as \(f\), and by dividing by \(f\) makes the function integrated much flatter and so has a reduced standard deviation.

Using the mean value method and the functions in the question the integration produces \(B_2= -0.0244 \pm 0.0006\) after \(30000\) samples. The only way to determine convergence in the integral is to repeat it with a larger \(r\) and with more data points, even though the error appears to be small. 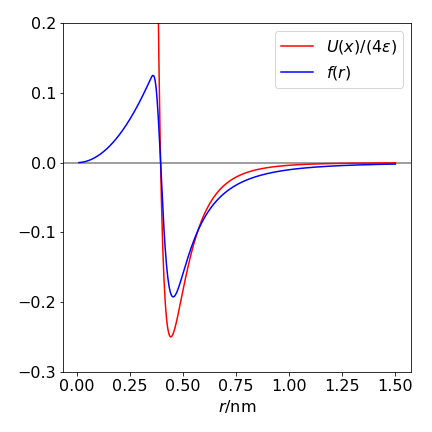